Shiraz dominates the Australian wine industry, accounting for nearly a third of this country’s vines. The grape’s traditional home is in France’s Northern Rhône, with wines that combine elegance and power, while Australia is perhaps best known for the muscular styles from warmer areas. Today, drinkers of Australian shiraz are spoilt for choice with expressions ranging from the elegant and spicy to the monumental. In league with sauvignon blanc and muscadelle, semillon is responsible for the dry whites of Bordeaux, as well as the great sweet wines of Sauternes, Barsac et al. In Australia, semillon found its own unique niche in the Hunter Valley, making low alcohol, super-bright and zippy wines that age for decades, while in Margaret River it is more often than not blended with sauvignon blanc to make the region’s signature aromatic white. When you think of sauvignon blanc, it’s hard not to think of New Zealand almost immediately, and the pungently expressive examples from Marlborough. But sauvignon also contributes to some of France’s most noble wines, as well as a huge diversity of expressions in Australia, both bottled solo and in blends. Sangiovese is Italy’s most important grape, by both volume and reputation, and it has travelled the world, establishing serious outposts across the New World. In Australia, sangiovese didn’t really start making inroads until the late 1980s, but with improved genetic material, it is now making quite an impression. 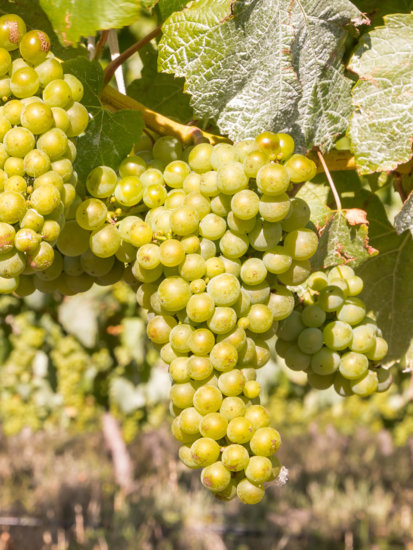 Riesling is one of the world’s most versatile grapes, capable of making styles from aridly dry to lusciously sweet, plus everything in between, and with a transparency that reflects where it was grown like few – if any – other grapes. Hailing from Germany, it’s equally embedded in France and Austria, while the style made famous in the Clare Valley that once defined Australian versions has now been joined by a multitude of expressions, and from right across the country. 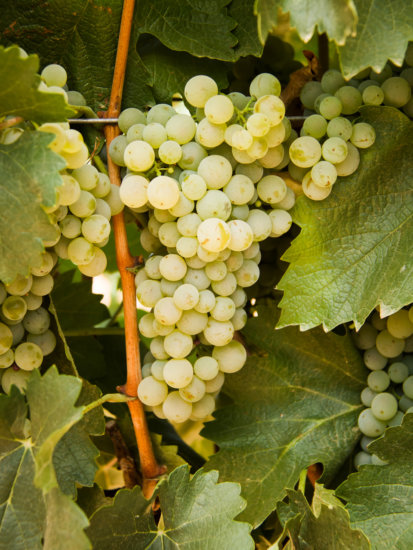 Prosecco has been responsible for an abundance of joyful and economical sparkling wines, flooding the market with fruit-forward expressions that make no pretence to rivalling Champagne. Australia makers have caught the Italian wave like few other countries, but a tussle over naming rights might see the grape rebranded as glera, which Italian law now mandates. Pinot noir is one of the wine world’s most revered grapes. Notoriously fickle to grow and make, it produces what many see as the pinnacle of red wine, where in Burgundy it turns out fragrant, ethereal wines that can age for decades. But pinot noir has also found many happy homes around the world, and none more so than in Australia across our cooler viticultural regions. Pinot meunier is mainly a grape consigned to sparkling wine production, with still red wines relatively rare. But in Australia, though the output is modest, the grape has a meaningful place as a quality grape for red wine production (alongside sparkling wine), and with a noble history that stretches back to the 1830s. Whether you call it pinot gris or pinot grigio, the variety has become an international star, pushing even sauvignon blanc out of the spotlight for those wanting a crisp, quaffable white without all the overt fruitiness. But the grape is much more versatile than that, making wines that can be dry and mineral or richly sweet and spicy, as well as skin-contact examples that are grippy and fragrant with red fruits and spices. Best known for making agreeable if simple whites in Alsace, pinot blanc also makes wines with quite a bit more depth and stature in Italy. And while it is only present in Australia in very small plantings, the grape’s ability to retain freshness of flavour and acid in warmer conditions make it a good future prospect. The principal red grape of Sicily, nero d’avola is incredibly resilient to the hot and dry climate, primarily producing mid-weight berry-scented wines with racy acidity. It’s no wonder, then, that the grape is gaining very firm traction in some of Australia’s warmer viticultural zones, with now over 50 wineries making their take on nero. Nerello mascalese is seen as a very promising grape for Australian vineyards, with it often said to provide some of the excitement and style of nebbiolo, while the vine is both drought and heat tolerant. The great grape of Sicily’s Etna DOC, on the slopes of the volcano, it produces savoury and fragrantly mineral-tinged wines, but also makes approachably red-fruited expressions from less-vaunted territory. Nebbiolo is the great grape of Piedmont, responsible for both Barolo and Barbaresco, but it has also found an important place in Australia, especially in cooler elevated vineyard sites.

Grüner veltliner is Austria’s most significant grape, much revered in the country and responsible for some of their longest-lived wines. And while it has found few other places around the world to assert that pedigree, Australia – and primarily the Adelaide Hills – is mounting a case for it as a grape of substantial potential.

The great grape of the Southern Rhône, grenache also has many other compelling homes around the world, from its birthplace of Spain, to Italy, to California, to Australia – which just happens to have the world’s oldest productive grenache vines, planted in 1848. Today, a renaissance is seeing the grape championed, with makers in McLaren Vale arguably turning out the most compelling examples. Gamay – the sole red grape of Beaujolais – has had a slowish start in this country, but enthusiasm is rapidly growing. The potential for it to make engagingly distinctive wine is key, but the grape is also a lot less fickle than its cousin pinot noir, with sites and seasons too cool or too warm for pinot still capable of making top-flight gamay. Fiano is an ancient southern Italian grape – with its documented history stretching back to the Roman Empire – that produces wines from the thrillingly taut and mineral to the boldly flavoured and textured. It’s seen major growth in this country, with regions as disparate as the Adelaide Hills and the Riverland showing equal promise. 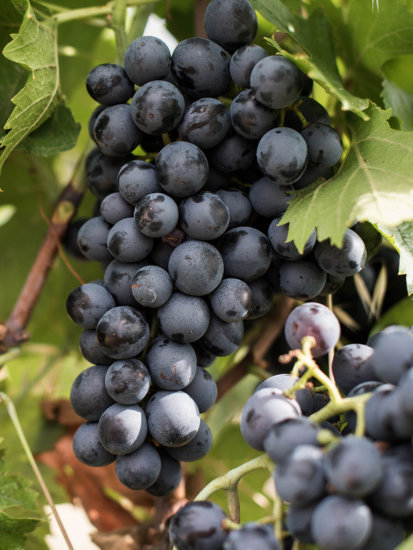 Dolcetto is often pushed down the ladder of importance for the main red grapes of Piedmont, but it is a characterful and engaging variety, with bright dark fruits matched with pleasing tannins.

Cinsault has been grown in Australia since pioneering days, but it has typically been swallowed by blends. However, its ability to shrug off hot and dry conditions and still make elegant wines with plenty of acidity is seeing its star rise in warmer zones like the Barossa Valley. Chenin blanc is responsible for some of the longest-lived whites in the world, largely from its spiritual home in the Loire Valley. While it has been very much a bit player in Australia over the years, a renewed interest is seeing exciting expressions of chenin entering the market, with many hailing from Western Australia. With an explosion of interest over the last few decades, chardonnay is now the world’s most planted white grape. With its ability to grow in varied conditions and make everything from sparkling wine, to lean and mineral whites, to full-bodied textural expressions, it is perhaps no surprise to see Burgundy’s key white grape become so dominant. 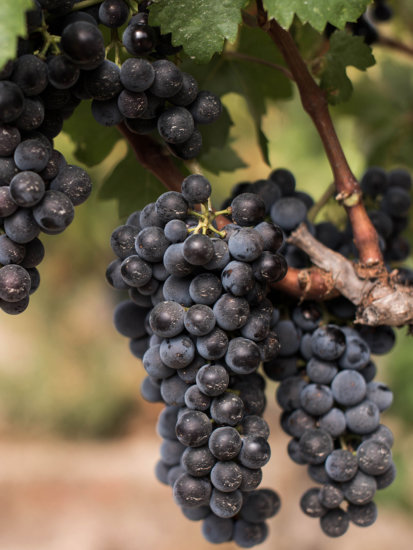 Hailing from Spain, carignan may yet find a more significant home in Australia, with retaining acidity very well and thriving in hot and dry conditions – a combination that we don’t lack for. The world’s most prolific wine grape, cabernet sauvignon has been planted in Australia since the first days of viticulture here. Today, its prime homes are arguably Margaret River and Coonawarra, but the Yarra Valley and even the Hunter Valley mount very convincing cases, too. Often buried in blends, cabernet franc has its own distinct personality, from making wines that are plush and silkily elegant, to those peppery and fragrant. In Australia, it is finally peeking out from behind cabernet sauvignon and making its own mark. 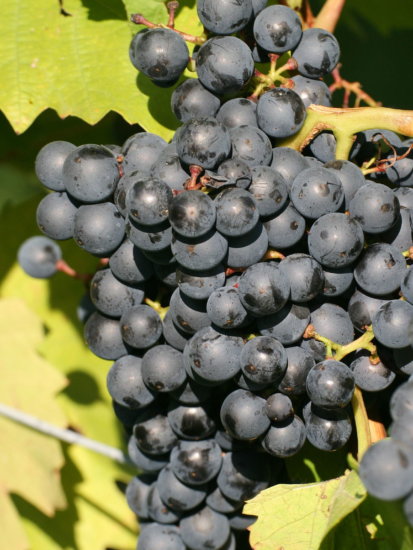 A grape once condemned as only good for simple bulk wines, blaufränkisch has proven its critics wrong in its native Austria, as well as slowly being seen as an interesting prospect in Australian conditions. Barbera is the middle child of the Piedmont red grape family, with nebbiolo the elder and dolcetto always given youngster status. Barbera is in fact the most planted grape there, outstripping nebbiolo by a large margin, and it is grown throughout the country. It’s potential in Australia is immense, too, with it holding acid well and delivering very gentle tannins and plenty of flavour. 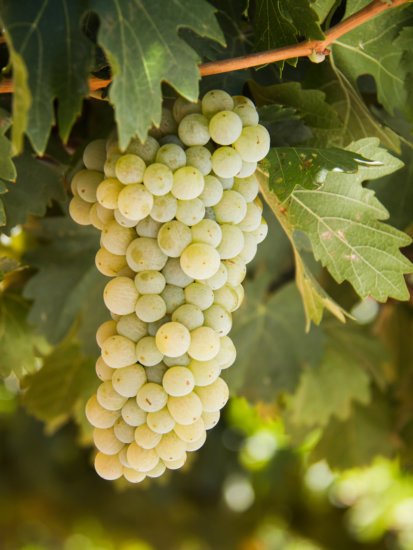 For a grape that was nearly extinct less than 50 years ago, and is still modestly planted in Italy, its home country, arneis has a surprisingly strong presence in Australia, with plantings in most cool climate regions.

Aligoté is hardly a household name in Australia, but the grape is a characterful one, and it can tolerate very cold conditions and resist disease, making it a good prospect for some of the more coolly marginal vineyards. Spain’s premier white variety, albariño, got off to a shaky start in Australia, with a mix up seeing the French variety savagnin planted instead. That error has been remedied, with genuine albariño now in the ground, while those wayward savagnin vines have established their own distinct identity. Aglianico is the noble grape of southern Italy. Though often compared to nebbiolo for its power and structure, it has its own distinct personality, and while it has been slow to take off, aglianico’s prospects of performing well in Australian conditions are very bright indeed.